In the year 2010 a fascinating little device was introduced into the market that resembled Apple´s iPod in size and shape. This equipment did not play music but promised to be an all-around healer for depression-related diseases: it could get rid of winter fatigue, help with the effects of jet lag, and eliminate migraine later it was said to be a possible cure for Alzheimer, too. It did that by shining light straight into the user´s ear channels. At least that were the marvels the Valkee company commercialized on.

I myself found the concept intriguing, so much so that I was attempted to buy into those bold claims. The media uncritically did the same and drummed up Valkee´s publicity. However, this article shows that none of the conducted field research about the effectiveness of the device were peer-reviewed by serious scientific researchers. Later, own research could not prove Valkee´s own claims but these results never were brought to the public. It comes as a surprise that the device is still promoted and sold.
In times where there is growing skepticism towards science a business practice to push a gadget with shallow scientific arguments is not helpful to counteract this trend. 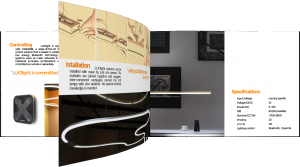